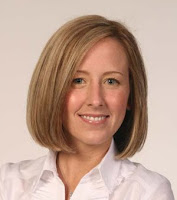 Believe it or not, another IMTS is just around the corner. It seems as if it was just yesterday that the machine tool industry gathered at McCormick Place in Chicago for the International Manufacturing Technology Show. In fact, it’s been almost two years since IMTS 2008, and a lot has changed. I mean, a LOT.

In the last two years we’ve seen a recession unlike anything this generation’s global economy has ever experienced. According to Gardner Publication’s Capital Spending Survey & Forecast, the machine tool industry overall was down 47% in 2009 from 2008. In terms of units, it was down 54%. As a result, in addition to dismal sales, we saw the demise of multiple publications, the merger of seemingly strange bedfellows in the interest of survival, the failing of several iconic companies, a decrease in marketing budgets, reduced production and countless lost jobs. Needless to say, it was a tough year for everyone.

That said, things are on the upswing.

Now, I use the term ‘upswing’ loosely. Sales are improving for many builders and some jobs are coming back to the US, but we have a long way to go.

Enter IMTS. First held in Cleveland, Ohio in 1927, IMTS is the largest manufacturing technology trade show in North America, and has served as the launching pad for many a technological innovation. The show has taken place every two years in good times and bad, and has always been considered the premier event for the industry. But with things so very different now, the entire industry is eager to learn what the show will bring this year.

In the last few weeks, I’ve read several editorials published by key editors in our industry urging capital equipment builders and accessories and peripherals manufacturers alike to make this the best IMTS yet. In fact, it’s been suggested that it MUST be. That this show will be a (not the, but a) deciding factor in the success or failure of the US manufacturing industry going forward. I’m not usually one to believe that the outcome of a given situation results from the last shot of the game per se, but I’m beginning to wonder if they might be right this time.

I think IMTS 2010 will set the tone at the very least.

Our clients are already gearing up for a big show. We’ve been fortunate to have clients that have remained relatively strong during the recession, and most are looking at IMTS as the time to pounce on the competition. These companies are heeding the urgency of the IMTS message this year – to connect global technology and re-inspire the industry. They have developed new technology and are prepared to demonstrate it in an interesting way. They have upped their marketing budgets to ensure they reach their audiences and drive them to the booths. They have planned an interactive experience for their visitors. They are using social media and capitalizing on public relations and advertising. In short, they are serious. And this is a good thing.

Only time will tell if IMTS is the restart button the industry needs. I hope that as we’re all icing our aching feet on September 18, we can look back and celebrate a show that did indeed re-inspire and, perhaps more importantly, reinvigorate US manufacturing.